2017 New Years Celebrations Around The Valley

2017 New Years Celebrations Around The Valley

Whether you want a blow-out block party with outdoor bars and big crowds, a gussied-up soiree with fancy cocktails and bottle service, or a bash featuring an internationally renowned performer, there's a party for you this New Year's Eve.

Venues across the Valley are pulling out the stops, throwing a party for whatever experience you want to have for the last hours of 2016. There are even a couple of next-day bashes for anyone who wants to keep the party going well into 2017.

Once again, Coors Light is teaming up with Valley Metro and Uber to make sure partyers get home safely. Ride free starting at 7 p.m. on light rail, bus and Dial-a Ride until end of serve on Dec. 31. Uber will offer 10 percent off two rides from all Valley Metro light rail stations from 7 p.m. to 3 a.m. Just enter the promo code "CLYNE" in the app.

So find that perfect sparkly frock or stylish blazer, gather your friends, and buy your tickets early. Because the last thing you want is to miss out on the fun and wake up with FOMO on Jan. 1.

Deadmau5 is among the performers at Decadence at Rawhide for New Year's Eve 2016. (Photo: Theo Wargo, Getty Images for Firefly)

This massive two-night concert features a stellar EDM lineup. On Dec. 30, the performers include Deadmau5, Disclosure, Porter Robinson and Green Velvet, and on New Year's Eve, the Chainsmokers, Arty, Zedd and Jaux are among those playing.

This annual bash at the Saguaro Scottsdale is hosted by "The Morning Mess" on Live 101.5, and features music from DJs Decipha and Slippe. At midnight, there will be a big balloon drop, and all guests will receive a complimentary champagne toast.

Gatsby Under the Stars

Enjoy beautiful views of downtown Phoenix at this rooftop bar. From 7-9 p.m., there are complimentary appetizers. The party will also feature 1920s-inspired cocktails, a photo booth, champagne bar, and beats from DJs Kim E Fresh and Jen Jones. VIP cabanas and tables are available to rent.

Crescent Ballroom will close down Second and Third avenues for this celebration, featuring three stages and amazing art cars from Walter Productions: Kalliope, Big Red, Heathen and Walter the Bus. DJ Sean Watson and Phoenix Afrobeat Orchestra will perform, as well as some special guests. Food trucks will also be available.

New Year's Eve at the Ostrich

Ring in the New Year at this classy soiree. Packages for four include a table, two cocktails per person and a bottle of champagne, either Veuve Clicquot Yellow Label or Dom Perignon. The Mike Eldred Trio will perform until midnight, and the food m

enu will be available until 1 a.m.

The W Scottsdale will transform with diamonds, crystals and other sparkly and shiny decor for this year's theme, Shimmer. VIP table and cabana rentals are available. There's also an NYE hotel package that includes two tickets to the party and late check-out at 2 p.m.

One of Scottsdale's hottest clubs will host a Moroccan-themed party for New Year's Eve. There's a range of VIP packages are available, from a $1,500 table with

Dom Perignon 750 ML and Ciroc liter bottles, to a $4,500 table that features Dom Perignon magnum and 750 ML bottles, and magnum bottle of Ciroc. Be advised there are no T-shirts, shorts, hats or sneakers allowed.

Why settle for one nightclub when you can have access to four? Evening Entertainment Group's cluster of clubs in downtown Scottsdale merge for an unforgettable night. Hi Fi Kitchen & Cocktails, Bottled Blonde, the Mint and the Bevvy will all have bashes, and partiers can buy tickets to one or a pass to all of them. Each will also feature its own theme. For example, Hi-Fi Kitchen & Cocktails will be decked out for the Black Light Ball, while Bottle Blonde will transform into the Champagne Garden.

The Glendale entertainment district will be bustling on New Year's Eve with Fiesta Bowl fans cheering on their teams at the evening game. Ice skating, interactive displays and inflatables, and other activities will be happening out in the plaza. Restaurants and bars will have their own New Year's Eve parties, including the Saints & Sinners Bash at McFadden's. Be advised that parking will be $10 from 9 a.m. to 5:15 p.m., and will be free after.

Mill Avenue sprung to life for its annual New Year's Eve Block Party on Dec. 31, 2015. Dozens of bars set up shop in the middle of the road next to tons of DJs and live performers. These ladies had a blast dancing. Melissa Fossum/Special for azcentral.comFullscreen

It's a scaled-down celebration from the massive block parties of previous years on Mill Avenue. There won't be any outdoor entertainment, but Mill will still be blocked off, and there will be a fireworks show at midnight, sponsored by Four Peaks Brewing Company. Food trucks will also be around throughout the evening. There are 11 bars that will be part of the block party, and there will be five special events: Whiskey Row and El Hefe will host the Champagne Ball; Fat Tuesday and Handlebar will host a separate bash also called the Champagne Ball; Wasted Grain will throw a party called Welcome to Candyland, and Low Key Piano Bar and CASA Sunba will also have big bashes.

Details: Saturday, Dec. 31: Check the website for more details about the individual parties and events. downtowntempe.com/nye2016/entertainment.

Looking for a good rock show? Head to the Rebel Lounge, where the Sara Robinson, Captain Squeegee, Japhy's Descent and the Haymarket Squares will perform.

(Photo: Jeremiah Toller/Special for The Republic)

Party to a mix of New Wave, Brit pop, indie and '80s tunes by DJs Manchester and Adrian Flanagan. The evening will feature drink specials and $2 PBR beers, party favors and a champagne toast at midnight.

The dining room at Orange Sky at Talking Stick Resort in Scottsdale. (Photo: The Republic)

The flashy resort hosts a big bash featuring three rooms of entertainment in the Salt River Grand Ballroom. Purchase the dinner package for a buffet and seating, or the party package, which includes six drink tickets. The evening will feature performances by Wanted: A Tribute to Bon Jovi, Discolicious and DJs Tranzit, Jen Jones and Bad Boy Bill.

All That GIitters NYE Gala

Travel back to the '80s at Casino Arizona, where the New Year's Eve party will present tribute act Rock Lobster playing hits from artists including the Clash, Joan Jett, Blondie and Bryan Adams. All party goers get two drink tickets and a champagne toast at midnight, and a dinner buffet option is also available. DJ Astonish and Stone Soul will also perform.

The underground venue and lounge in downtown Phoenix rings in the New Year with Spanish and Latin performances. Orkesta Mendoza, Salvador Duran, FPLA Rumba Flamenca, Marco Rosano Quartet and DJ Vex are scheduled to perform. If you're going with a group, snag one of the few tables for four soon before they sell out.

The '80s glam rock parody out of Los Angeles will put on a hilarious and over-the-top show for New Year's Eve. The band has released four albums, three of which landed at the No. 1 spot on the Billboard Comedy Albums chart. Their newest album will be released in February.

Whiskey Row in Scottsdale is asking patrons to shed their cowboy boots and jeans for something a bit dressier. DJ Real will perform.

The popular downtown Scottsdale bar will host an NYE bash featuring DJ Cutswell on the turntables and a confetti blast at midnight. The bar will also host a morning-after party at 6 a.m. New Year's Day.

BLK Live will host a party featuring a show by RockHard, a 1980s tribute band, and the Spazmatics, an '80s new wave group. Partiers are encouraged to dress in '80s attire, and there will be perks as well as a champagne toast at midnight.

Head to the popular downtown Phoenix nightclub if you want to dance and party with host Tahiry Jose from VH1's "Love and Hip Hop." DJs Robby Rob and Surplus will play in the main room, and guest DJs will provide the tracks in the lounge. Drinks made with with Ciroc, Hennessey and Buchanan's, and domestic beers, are all $2 until midnight. Guests will receive complimentary party favors and a champagne toast at midnight. A variety of VIP packages are available.

Dakota will host a bash inspired by the big city for New Year's Eve. Tickets are $30 a person, but if you want VIP treatment, tables are available for $1,000 to $2,500 for up to 10 people, which include vodka and champagne.

If you're looking for a no-frills New Year's Eve with some great punk music, head to the Rogue Bar, where Slope Records artists and DJ Kevin Void will perform. Giveaways will happen throughout the night, and at midnight, enjoy a champagne toast.

Get into your flapper dresses and beaded headbands, sharp suits and fedora hats for this 1920s themed bash. Scottsdale cover band Smashed will perform Top 40, dance, pop and hip-hop hits. Table packages for 10 to 15 people range from $1,000 to $2,500.

If you want to keep the party going after Decadence or another New Year's Eve party, this is the place to be. The after-hours dance party will feature three rooms of music, a big outdoor patio with fire pits, and the bars will re-open at 6 a.m. DJs Shiba San and Justin Jay will perform.

Looking to buy or sell a home in 2017???  Let us help you!  Check out our website: http://lindblomazhomes.luxreaz.com/index.php?keya=9816 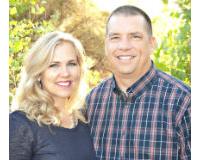 ""The investor did his best to try and screw me out of some serious money in the sale of my house, but my Viper of an agent Colleen Kukulski put the screws back to them... thanks to Colleen, I won't be on the losing end. It's great to have someone in my corner fighting for me. If you need a top notch no nonsense realtor who will fight for you, SHE is your girl!"Colleen Kukulski "